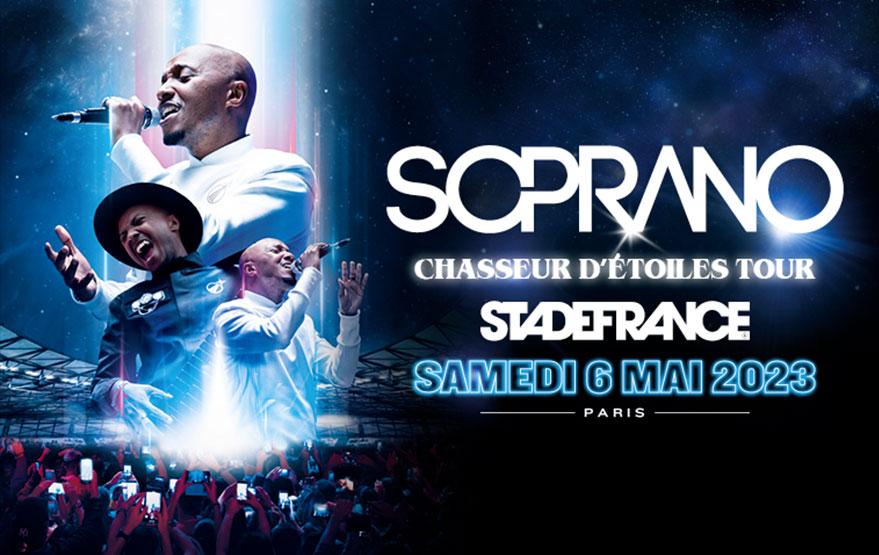 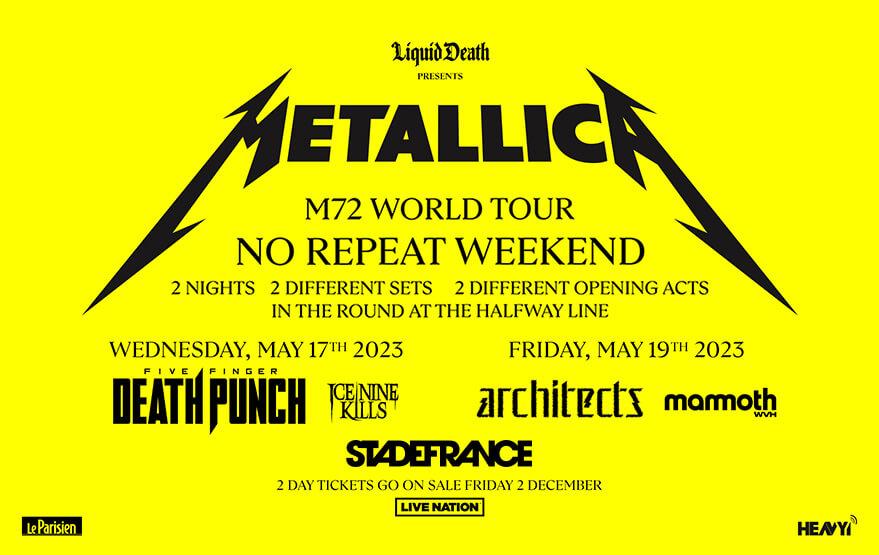 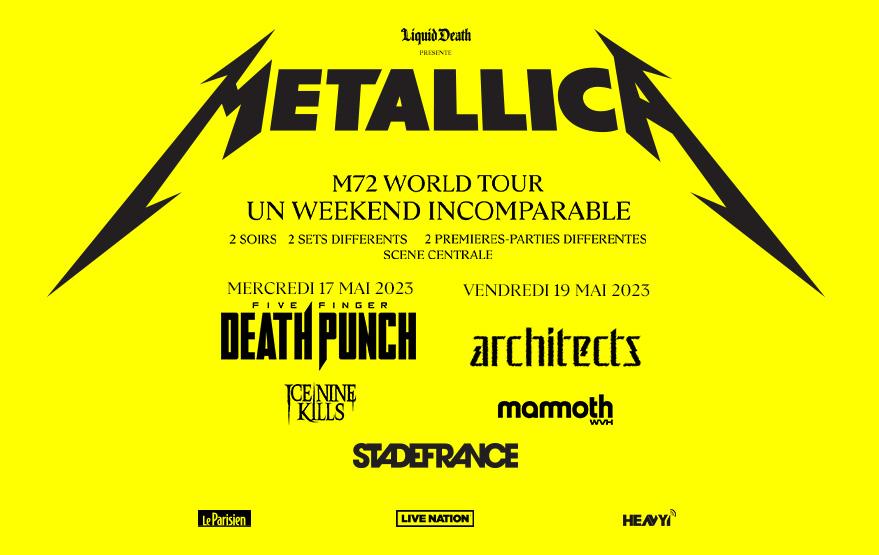 Ticket on sale of single tickets on Friday 20th January to 10:00 AM. 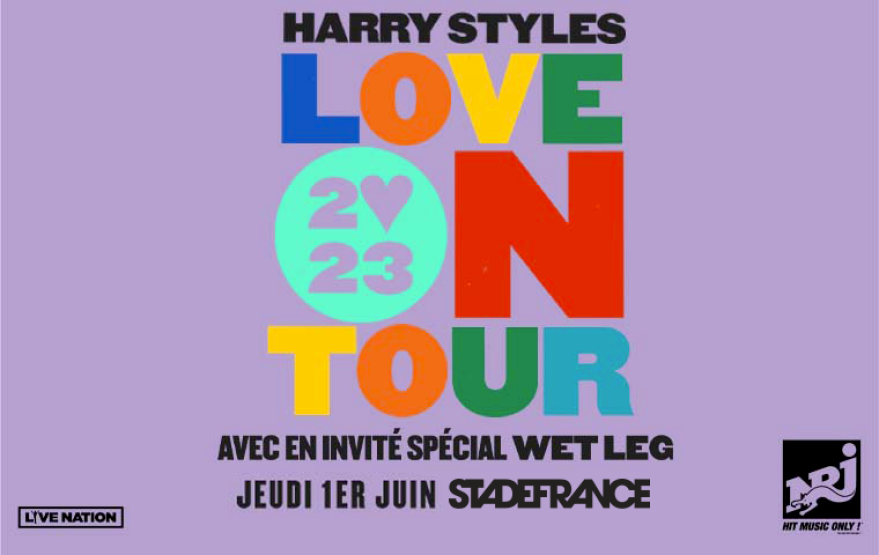 LOVE ON TOUR: HARRY STYLES in concert at the Stade de France on Thursday 1 June 2023. 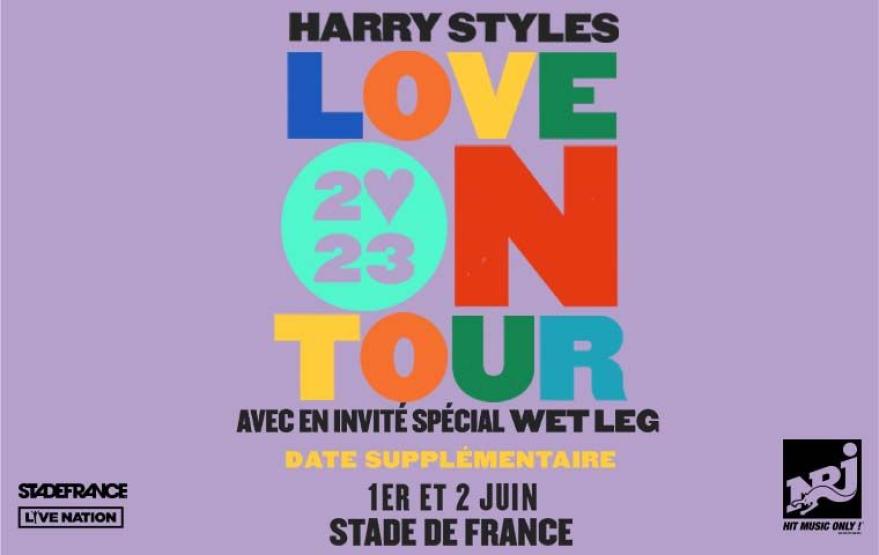 Due to demand, Harry Styles: Love On Tour is adding an extra date at the Stade de France on Friday, June 2nd 2023. 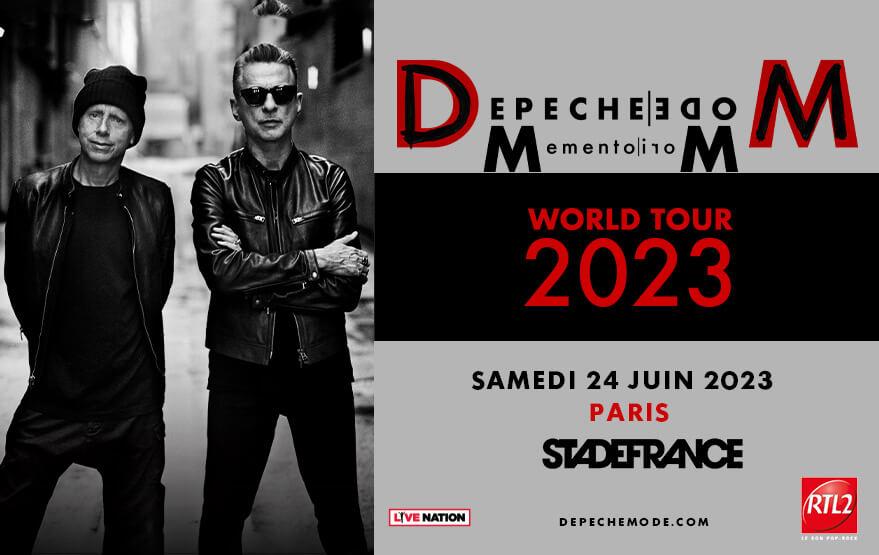 The Memento Mori Tour, the first tour of DEPECHE MODE in more than five years, will pass through Stade de France on Saturday, June 24, 2023. 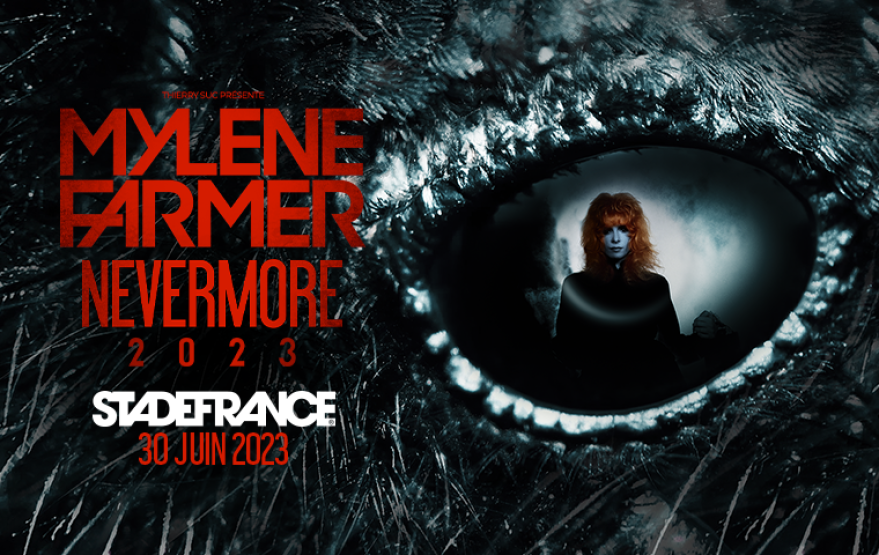 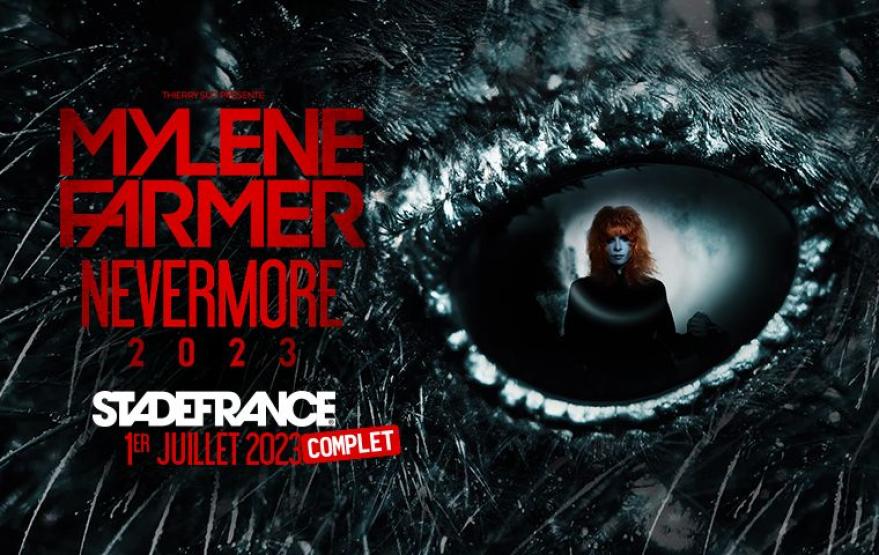 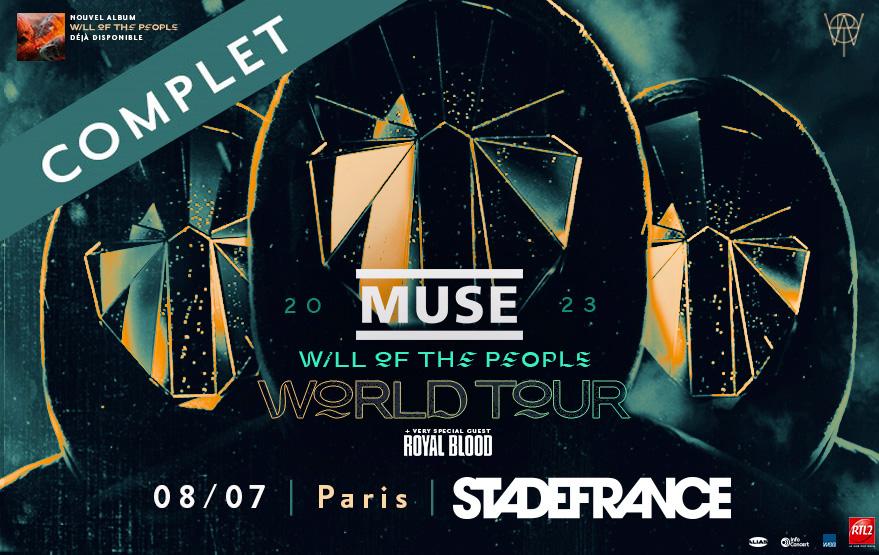 The concert is SOLD OUT. 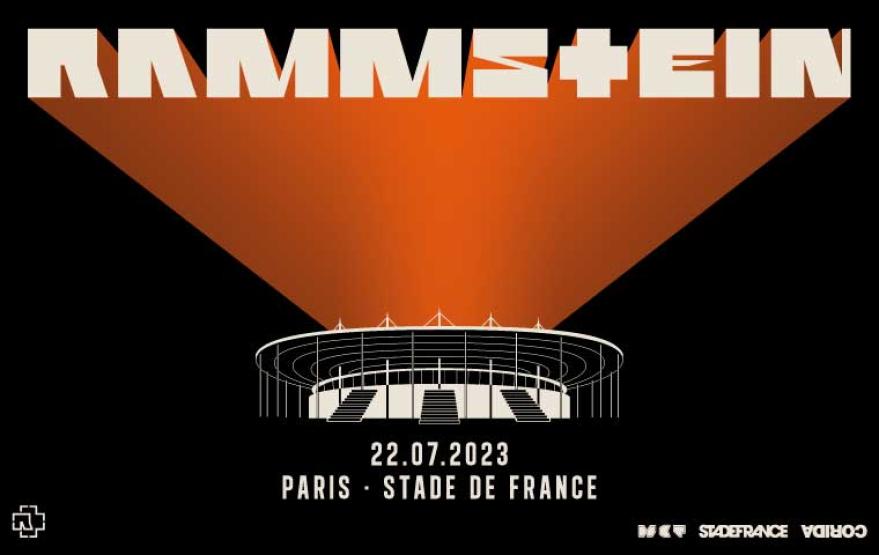 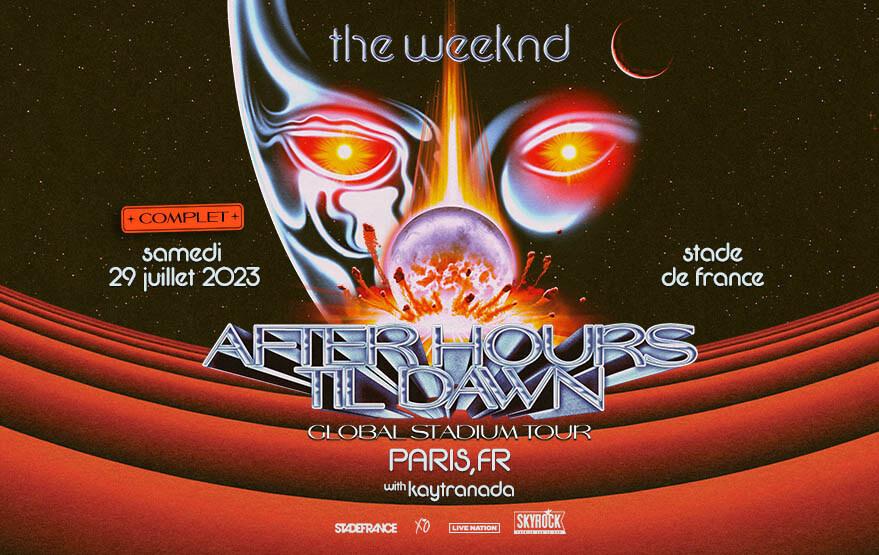 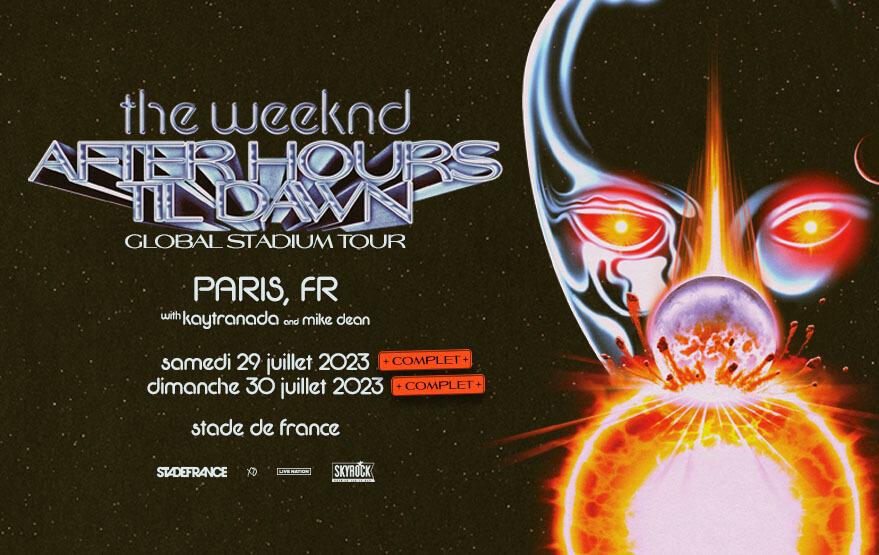 Stade de France is not only the Official Stadium of the French rugby and football teams; it regularly becomes the largest arena in France and welcomes the best French and international music.

In this ticketing space dedicated to concerts, you can discover the programming of the most important French and international artists. Book your tickets on the official ticket office of Stade de France and get the best seats, at the best rates.

Since 1998, Stade de France has hosted the most important French and international artists. The Rolling Stones were the first to play on the stage of this mythical stadium, followed, a few weeks later, by Mr. Johnny Hallyday. What’s more, the idol of the French performed 9 times in the Dionysiac arena, a record!

In more than 20 years, the greatest artists have filled the stands of this exceptional place with very varied music: Rock, pop, rap, electro … and even KPop. Even today, Stade de France with its 80,000 seats is an essential stopover for all international tours. Muse, Coldplay, U2, ACDC, Madonna, Beyoncé, Lady Gaga, Rihanna, Ed Sheeran, Bruno Mars, BTS, ...the biggest international stars schedule one or several dates there when they come to France.

The greatest French performers also appear regularly at Stade de France. From Johnny Hallyday to GIMS, including Les INSUS, Mylène Farmer, David Guettta or Indochina, this mythical arena is waiting for you to live an unforgettable moment.

Come and live the experience of a concert at Stade de France by coming to listen to your favourite artist and to dance to the songs that you like so much.

CALENDAR OF CONCERTS AT PARIS SAINT-DENIS

In this section, you will find all the programming and the upcoming concerts. International artists, or French music, you can now book your tickets for the event of your choice on the official ticket office of Stade de France. Choose your seat in just a few clicks with the choice on the plan.
Tickets are not yet on sale: ask to be notified of the opening of your ticket office by registering via the "Alert Service" button. You will then receive an email to exclusively announce to you when tickets for your event go on sale.
You can also book your parking place at the same time as buying your tickets for all performances scheduled at Stade de France.