Meet the French team a few months before the Rugby World Cup France 2023 kicks off! After its historic grand slam in 2022, France will meet Scotland and Wales at Stade de France. With 6 months to go before the Rugby World Cup France 2023 and in a Stade de France ready to roar in support of France, the French will have to confirm their status as favourites after the Grand Slam achieved in 2022.​

EXPERIENCE FOOTBALL MATCHES AT STADE DE FRANCE AS A VIP 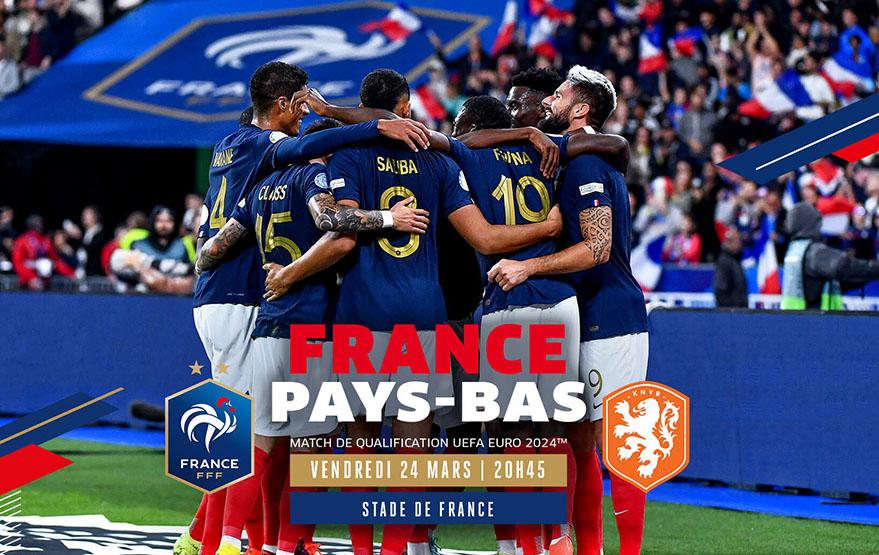 The French Team will begin their Euro 2024 qualifying campaign against the Netherlands on Friday 24 March 2023 at the Stade de France.

Les Bleus, currently focused on defending their world title at... 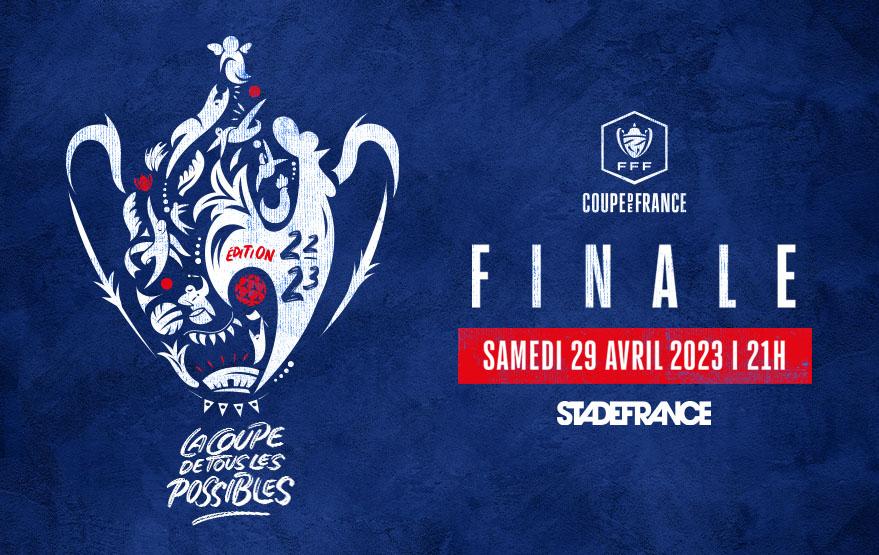 The Final of the 106th edition of the French Cup will take place on Saturday 29 April 2023 at the Stade de France. 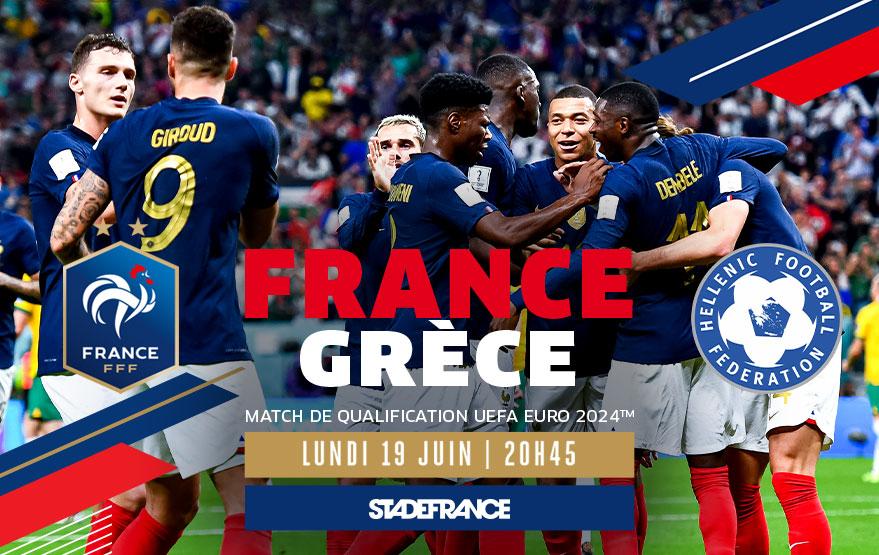 For its second match at the Stade de France in the framework of the Euro 2024 qualifiers, the French team will meet Greece, the 2004 European champions, on Monday 19 June 2023.

Welcome to the Stade de France Football Ticket Centre, the official ticket outlet for the French National Team. Come and support les bleus in their upcoming matches and experience the magic of international football for yourself. Book now to get the best seats in the house at the best prices.

Whether it’s a friendly or a qualifier, don't miss the chance to support the reigning world champions in their own stadium, the official home ground of the French National Team. The hallowed Stade de France, built to host the 1998 World Cup, has been the venue for some of France's greatest matches. Rekindle the emotion of the first ties to be played on the famous Stade de France pitch, including les bleus’ 1-0 victory over Spain in 1998 or their 3-0 win in the 2014 World Cup qualification play-off against Ukraine.

The Stade de France has been France's top football venue for more than twenty years, and it's a truly special place from which to cheer on France's greatest players. From the wonder-goals of Zidane and Mbappé to the pin-point passing of Henry and Pogba and the heroic shot-stopping of Barthez and Lloris – the Stade de France has seen it all. It's the perfect place to experience football at its very best.

You can find the dates of France's forthcoming matches here. From the qualifiers for the UEFA European Championships or the World Cup to pre-tournament warm-ups and friendlies, now is the time to book your seat at this unique arena.

You can reserve all your seats and parking spaces here, as well as tickets for Event Day visits. You can also choose to receive an alert as soon as tickets for upcoming matches go on sale, so you’ll never miss a chance to experience the magic of football in person.

Whether you're meeting up with friends or family, and whether you're a casual supporter or a die-hard fan, book now to experience the unique combination of world-class sport and sheer emotion only the famous stands of the Stade of France can provide.